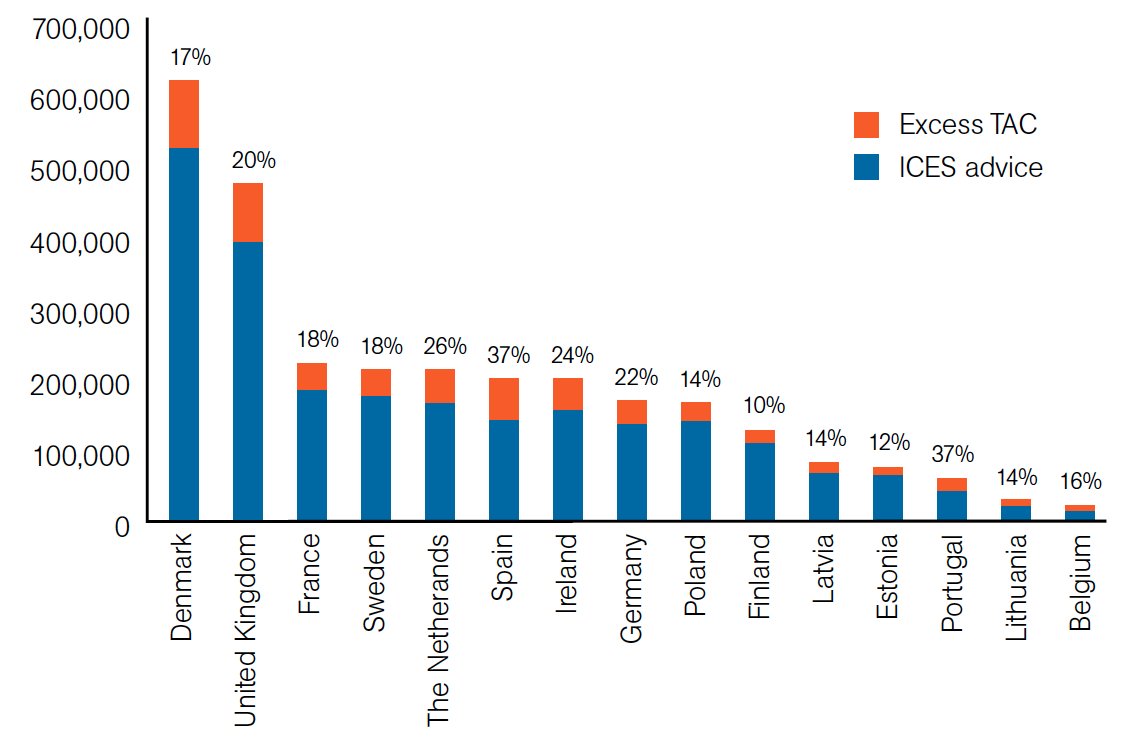 The Common Fisheries Policy is seen as the main regulatory tool for sustainable management of fish stocks within EU Member States. Commercial fish stocks are managed using TACs within fishing areas. The TACs are mean to provide fair access and sustainable long-term exploitation of fish stocks within EU maritime limits. TACs are set for commercial fish stocks based on stock status and scientific recommendations of ICES and STCEF. TACs are split between EU member countries in the form of national quotas. When a quota for specific species is completed, the EU member state has to close that fishery. TACs are set every year for most fish stocks and every two years for deep sea stocks.

A new study on influence of EU member states on setting of fishing quotas in EU Member States shows that even within a progressive bloc of European countries Total Allowable Catches (TAC) are often set higher than scientific recommendations of ICES (International Council for the Exploration of the Sea). Carpenter et al., (2015) compared the TACs set by EU Member States with catch limits recommended by ICES.

“Catch allocations are based on politics rather than science” O’Leary et al., (2011) 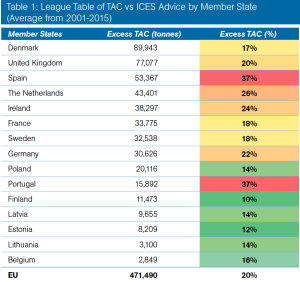 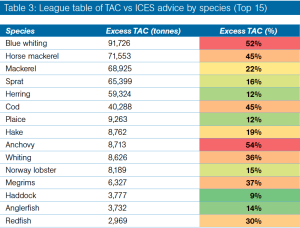