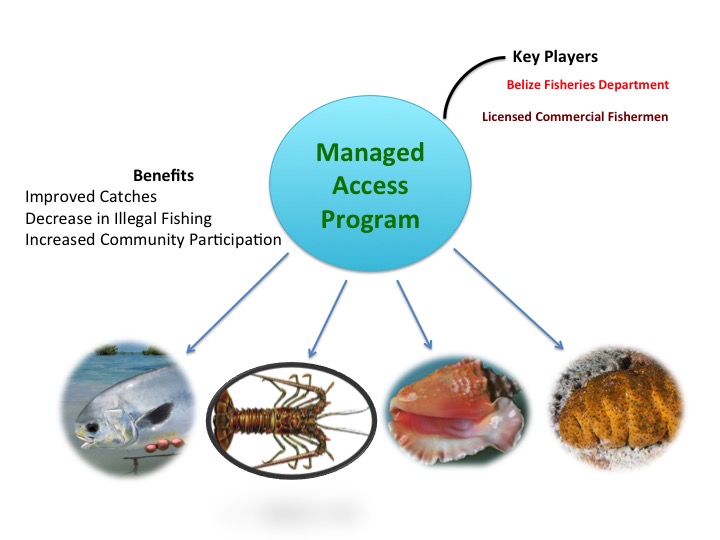 Belize is preparing to roll out the innovative “Managed Access Program” which would soon end open access fishing by more than 3000 licensed commercial fishermen. A soft roll-out of the program is expected in January 2016 for the test run with full run-out expected by June 2016. The Fisheries Department would use the first 6 months for public education and gathering feedback on implementation. The Managed Access Program is likely to decrease illegal fishing without compromising the right to fish in traditional fishing grounds. 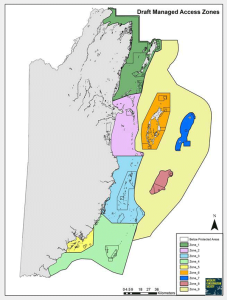 The programs outlines 9 Managed Access Areas to cover 15 fishing communities. Over a period of more than 2.5 years Belize Fisheries Department has already conducted consultation with stakeholders to design the nine user zones. The social marketing campaign helped in creating awareness for fishers to respect geographical boundaries, seasonal fishing restrictions, catch size and some quotas. The program has already been implemented by Belize Fisheries Department in Port Honduras & Glover’s Reef marine reserves since 2011.

How does the Program Work

In the first step fishers who should be given access to a particular zone (9 Zones – See the map below) are identified by forming Committees. Each Committee is composed of Licensed Fishers, Fishing co-operatives, Tour Guide Associations, NGOs and the Fisheries Department.

The Committee then identifies fishers for each zone who meet the qualifying criteria which include: (a) hold a commercial fishing license;  (b) license holder should be a Belizean resident; (c) have a traditional history of using the fishing ground and landing such catches in Belize.

Read the full story on the web here: