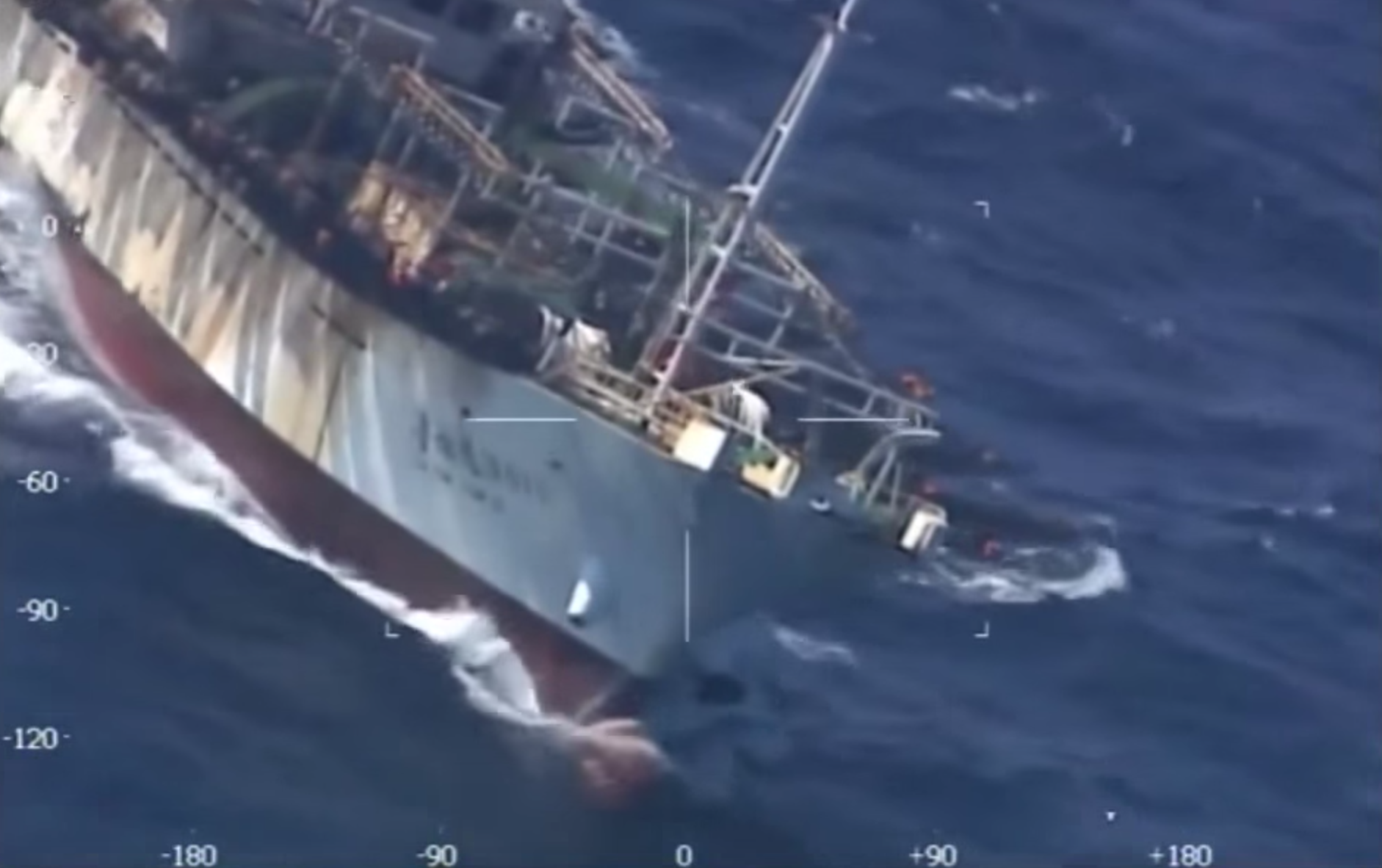 In recent months, the Fu Yuan Yu fleet has come into focus for illegal tuna fishing in the southern Indian Ocean. Back in March this year i wrote about the Fu Yuan Yu tuna fleet which was spotted illegally fishing for tuna in the southern Indian Ocean. Although Sea Shepherd patrol vessel pursued the fleet and documented their illegal activities, none of the 6 tuna longliners was ever detained or penalized by the Chinese Government for illegal driftnet fishing and unregulated fishing on the high seas.

I spoke to one source who stated that they often avoided tuna vessels from other countries and often operated in remote locations. “The number of vessels from Fu Yuan Yu company are many. No one knows the exact number, or their names. They often transfer their catches to motherships on the high seas, while some larger vessels bring their catches directly into Chinese ports on the mainland. There are no reports of boarding of any of the “Fu Yuan Yu” tuna  and squid jigger fleet so there is no knowledge on kinds of gear or species targeted by this fleet. They often declare their catches from high seas so no country can intervene to prove legitimacy of the catches onboard”

Very little is known about the Chinese company, ownership, management, movements and activities of the “Fu Yuan Yu” fleet in the high seas.

According to another source, the Fu Yuan Yu fleet is owned by Dongxinglong Ocean Fishing Company Ltd, based in Fu Zhou, Fujian Province, China. The company operates a fleet of trawlers, squid jiggers and tuna longliners in Indian, Atlantic and Pacific Oceans.

On May 22, 2016 three Chinese Squid jiggers were detained by South African patrol vessel on suspicion of illegal fishing in South African EEZ. All three jiggers were escorted to Port of East London for further investigation. A combined total of nearly 600 tonnes of squids were found onboard all three vessels. Both Fu Yuan Yu 7880 (Call sign BVSK7) and Fu Yuan Yu 7881 (BVSL7) have Gross registered tonnage of 1497, are flagged to China and authorised to fish for squid in SPRFMO regional fishery management organization area until March 31, 2017. The SPRFMO vessels list shows their registration details as ((MIN)CHUAN DENG(JI) (2014)FT-200050HAO). Although Run Da 617 has a Indonesian captain, it is registered to China under the SPRFMO vessel list.

I think the South African Government should have more information on the ownership, vessel registration and operational activities of the fleet based on inspections of documents and technical equipment onboard detained vessels. Current investigations by DAFF at ports could involve inspections of cargo seized to ascertain whether squids in the fishing hold were caught within or outside South African EEZ. If the investigations by DAFF and South African Government reveal that squids in the holds of all three squid jiggers was not caught in the South African waters, they could go scot free.

A) Current information suggest that the trio did not inform South African authorities when they entered the EEZ. If it was just innocent passage the question would then arise as to why they did not allow boarding and gave hot pursuit when patrol vessels confronted them at sea.

C) Can the three jiggers be identified fishing illegally using AIS signals within South African EEZ. Is there any evidence of fishing gear and fishing activity. According to statement from Department of Agriculture, Forestry and Fisheries spokesperson Bomikazi Molapo “Two foreign vessels were spotted on a navy vessel’s automated identification system on the Eastern Cape coastline on Friday. “We established that the vessels had gear on board and we verified that they had not applied to enter into our Exclusive Economic Zone, which created suspicion. The seas were rough, which made it impossible for our inspectors to board the vessels. Our fishery control officers instructed the vessels through radio communication to sail to East London Port, but they did not co-operate. The department’s patrol vessel and a navy vessel engaged in a high-speed chase to intercept the foreign vessels which were attempting to flee. The vessels stopped and switched off their engines, but on Sunday at 02:00 restarted them and tried to flee towards the east.”

The South African government has been silent so far on what they have discovered so far during questioning of Chinese Captains, documents seized and VMS data, vessel tracks, catch documentation, license information, flag registry etc. All three captains have been produced in court, but there is no information on allegations for which the vessels have been detained.